In 93% of patients who undergo abdominal surgery adhesions occur between the first 72 hours after surgery.
So it is very important to keep the adhesions away from re-growing during this time.

Dr. Kruschinski Daniel http://drkruschinski.com developed a unique and very effective and successful procedure to get adhesions under control and remove them long term http://endogyn.com.

Dr. Daniel Kruschinski is a world re-known specialist for Adhesiolysis Surgery and developed his own surgical technique, the "Gasless Lift-Laparoscopy" with the "Abdo-Lift".

You can find more information about the procedure and Dr. Daniel Kruschinski by watching his Online Atlas of Laparoscopy of Adhesiolysis http://laparoscopyofadhesiolysis.com where you can also find a lot of information about different patients cases, like the following one.

A 32 years old patient from Germany who underwent several abdominal surgeries. The first surgery was performed because of an appendicitis. On this surgery no adhesion barrier was used which causes typical adhesions symptoms and more surgeries to remove adhesions over the following years. These surgeries did not work because they don´t have been effective because of the lack of adequate adhesions removal and treatment.

Here you can see the surgery images Dr. Kruschinski Daniel took when this female patient had adhesiolysis surgery with him as well as you can see the result as well.
No adhesion reformation after 7 days after the initial surgery to remove the adhesions. 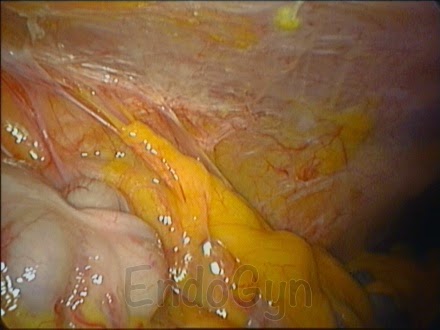 Adhesions on the bowel which is attached to the abdominal wall. You can see the pulling from the adhesions. 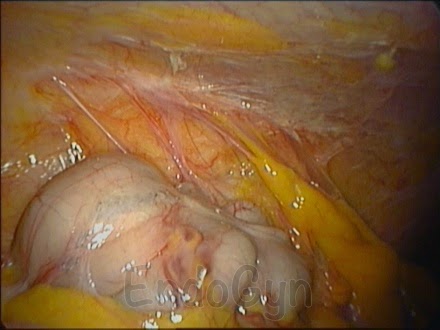 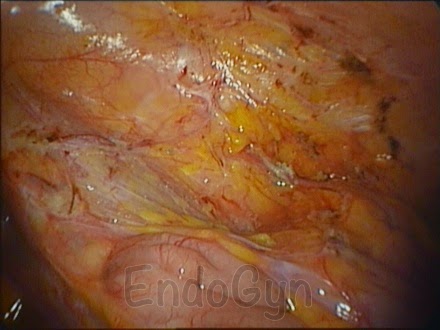 In the 2nd look on day 7th after the initial surgery you can see that no adhesions reformed. The healing process already started, new peritoneum is covering the surgical area and neo-vascularisation started as well. 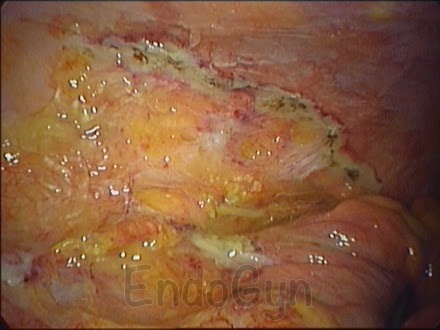 Happy Easter and blessed times with your loved ones!! 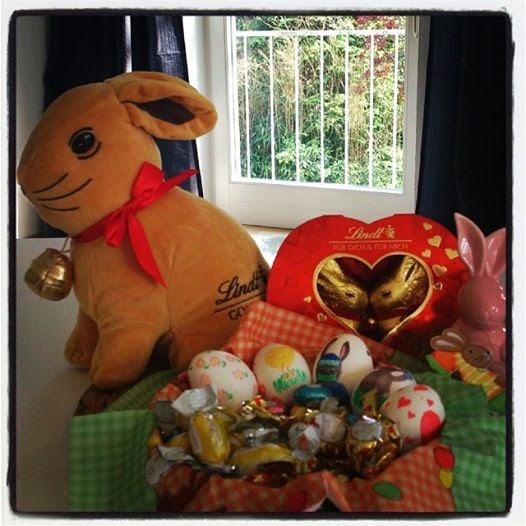 Dr. Kruschinski Daniel http://drkruschinski.com is a world re-known specialist for Laparoscopy of Adhesiolysis.

Over the nearly 3 decades of his work he developed his own and unique surgical technique "Gasless Lift.Laparoscopy" with the "Abdo-Lift" and created an Online Atlas about Laparoscopy of Adhesiolysis http://laparoscopyofadhesiolysis.com

There you can see a lot of surgery images as well as explanations and medical history to the shown images.
This gives an excellent overview to Dr. Daniel Kruschinski´s technique and skilled professionality!

On this picture you can see an explanation how the internal organs can get replaced by adhesions: By seeing this it´s very hard to believe that a huge amount of doctors still claim that adhesions do not cause pain!!
Fortunately Dr. Daniel Kruschinski believes in the pain related to adhesions!
Eingestellt von Unknown um 09:10 Keine Kommentare:

What makes a medical procedure different and -like in this case- more successful than others? The technique in combination with a highly skilled surgeon with decades of experience and the will to help his patients! Patients who are left alone most of the times by physicians and surgeons.

This is a very good example for it: 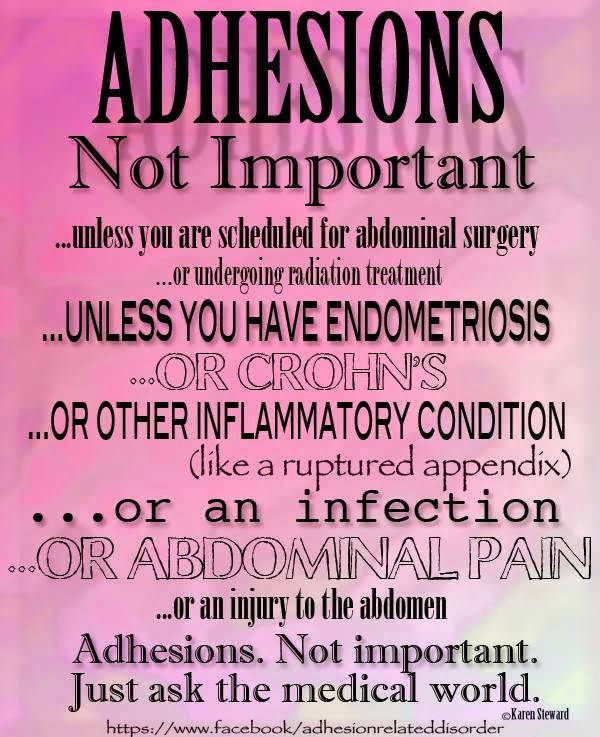 Dr. Kruschinski Daniel http://drkruschinski.com is the only doctor who has the highest success rate with laparoscopic lysis of adhesions in the whole medical world or laparoscopic surgery.

Why? Because of the unique surgical technique he developed "Gasless Lift-Laparoscopy" and his high skill and the fact that he spends his whole time and life to treat and help his patients!

Do you want to find out more about Dr. Daniel Kruschinski, his technique, success and the important difference between Gasless Lift-Laparoscopy and "normal" laparoscopy with carbon dioxide (gas)?

Patients go to a doctor with pain or diseases to get help. What happens when patients go to see Dr. Kruschinski Daniel http://drkruschinski.com and they get help by him? Life changes!! In the best way. Easy to say, but you can see  the proof in many ways, like with this wonderful video and testimonial a grateful husband created on Youtube, after his wife had surgery with Dr. Daniel Kruschinski or via images on http://laparoscopyofadhesiolysis.com or even on Facebook groups which have been created from patients to help other sufferers to get help with Dr. Daniel Kruschinski!

Why? Dr. Kruschinski Daniel gave life back to his female patient and her husband. After suffering for years, life seemed to be ended this way. There was no help in sight, things got worse and no doctor was able to help anymore.
Then they found Dr. Daniel Kruschinski and this woman had surgery with him. And her life changed tremendously in the very best way!
Years later, she is pain free and symptoms free, she can participate in life again like "normal" people, which wasn´t possible all those years before, she can be a wife and best friend and family member again AND BEST THING: she was able to get pregnant and gave BIRTH to wonderful children!!
NO ONE would have ever thought this could become reality!! But it did!!

Dr. Daniel Kruschinski gave life to many people in this case (like in so many others): the patient got her life back, her husband got his life with his wife back and their two children got the chance to be born on this world!

Stories like this are beyond words and it is a blessing to be part of it!

So happy for them and for all the others!!

As you can see on his results there is a REAL chance to get adhesions under control, even in very severe cases like with a "frozen abdomen"!

To find out more about Dr. Kruschinski Daniel´s work and his excellent results follow this link: http://laparoscopyofadhesiolysis.com

Patients with severe cases of Adhesion Related Disorder occur a so called "Frozen Abdomen" in many cases. These patients end up with multiple open surgeries (laparotomies), bowel-obstructions and bowel resections and they get often told that there is no chance to help them or do surgery on them anymore.

Same happened with me. After many abdominal surgeries, peritonitis and bowel-obstructions no doctor wanted to do adhesiolysis surgery on me anymore. They all said, it would not "pay" to do it before my "next" bowel-obstruction, so they would have to do emergency-surgery anyway!
I was left alone. I could not eat, I could not drink, I was vomiting each and every day many times, I
constipated, laxatives and enemas could not help properly anymore, I got rectal bleedings, lost so much weight and ended up with 80 pounds, got fever attacks and had a kind of pain 24-7, that made me not living from one day to the other..I was just existing.
I was 16 years old when my appendix ruptured and my ARD started and when I was in my twenties I did not expect to become 30 years old.

Most of the surgeons and doctors claim that there is no chance to get adhesions removed without re-growing after surgery, especially in severe cases like mine.
Dr. Daniel Kruschinski is proofing the opposite and shows that it is not true!

But patients like me and many others are a proof that there IS a way to get adhesions under control and to stop them from re-growing!

Watch this video on youtube, where you can see how Dr. Kruschinski Daniel is performing adhesiolysis surgery on a frozen abdomen!